A few of Britain’s best Christmas dishes to make your Christmas feel all the more merry. 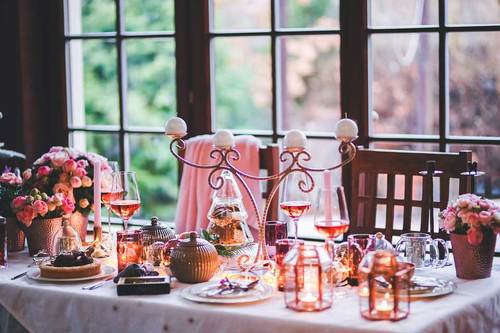 Christmas is the time to be jolly and merry with your loved ones, from decorating their trees to opening up their presents to singing their favorite carols, the holiday is truly a worldwide phenomenon celebrated by billions. But what completes this holiday? In England, its tradition to have a glorious midday Christmas feast with the whole family and then prepare for the evening’s joyous events.

Here are a few of the most popular dishes for a Christmas supper.

Consisting of a juicy fillet of steak coupled with foie gras and a mixture of various shredded mushrooms and herbs wrapped in puff pastry and baked until golden brown. The true origins of the dish are still unknown; however, it is theorized that the dish was prepared in the 19th century to celebrate the famous victory at Battle of Waterloo for Arthur , the 1st Duke of Wellington, over Napoleon Bonaparte, but others believe that the dish never had a connection to the Duke and was instead a re-mastered version of another classic known as filet de bœuf en croûte. Regardless of the actual origins of the dish, none can deny its reputation as the ultimate main course for a Christmas dinner.

The first image that pops in people’s minds when they think “Christmas” is the large evergreen conifer that sits in their living room decoratively igniting every corner, but for some, it’s the multitude of Candy Canes that can be seen everywhere from the Christmas themselves to being hidden inside those giant Christmas stockings. The candy cane is typically a sugar stick with peppermint which was at first white in color, but red stripes were added later on. Each represents a certain aspect related to Jesus Christ. The red stripes are meant to signify the blood he shed on the cross while the white is meant to represent the sinless life he led. The crook on the top of the cane is to remind people of the shepherds who paid a visit to Christ when he was still a baby. Nowadays, the immense popularity of candy canes has resulted in various and crazy flavors such as Bacon, Sriracha and even Wasabi, but the ever so prominent white and red is still seen on Christmas day.

A sweet roulade popularly served towards the Christmas season, it is supposed to represent the actual Yule log that used to be burnt under a traditional fireplace across multiple countries in Europe. It first emerged in the mid 19th century, made up of a soft sponge cake which is then rolled up and covered in a rich chocolate buttercream and a generous coating of icing sugar, some would contain a multitude of fillings and icings from ganache to liqueurs as well, in recent times several new and unique variations such as Tirmasu logs, eggnog cakes even healthy cranberry orange logs have been made. The décor is an abundance of colorful decorations like powdered sugar for snow, fresh berries, mushrooms made up of delicious meringue and even actual tree branches sometimes in order to make it look like the real thing.

This sweet pie was originally made as a savory dish containing meat such as lamb and then known as “mutton pie”, however in more modern times, they have been seen as miniature Christmas puddings containing dried fruit and spices. The early versions of the pie first included a mix of both meat and dry fruit and were highly popularized Tudor England, the meat usually consisted of rabbit, pigeon or even pheasant. Its sweeter counterpart would contain dry fruits and spices made days in advance and stored in jars until the special day arrived.

Probably one of the oldest dishes in this list, the gingerbread was initially brought into existence by Armenian priest known as Gregory of Nicopolis, who decided to migrate from modern Nicopolis to the northern regions of France where he taught the art of gingerbread making to the locals. The bread itself is a soft moist loaf that contains ginger, cloves nutmeg and cinnamon topped off with sugar or honey for sweetness. The bread was also made into the form of ginger biscuits which were painted and used as decorations such as the commonly seen gingerbread men, the gingerbread men were even said to be given to foreign dignitaries by the Queen of England at the time. Although not starting off as a Christmas dish, gingerbread was first sold in popular fairs and were given to children as treats; however, they become more accustomed to the Christmas celebration during the 16th century when the production gingerbread houses were made and decorated with icing sugar, candy canes, mistletoe, peppermints even gold leaves.