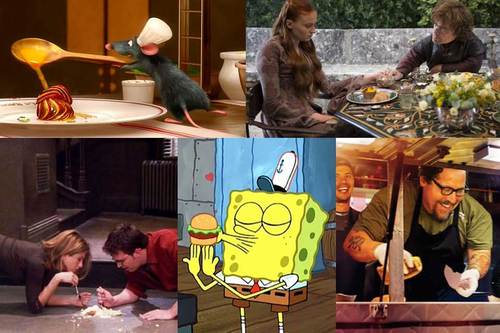 TV shows and movies, the ultimate fantasy escape for people of any age, ranging from comedy, drama, action or even a little romance, people always fantasize about them no matter the location or moment. This is especially popular with the food on these TV shows and movies; whether it’s an Avengers level shawarma or a MIB style apple pie, such scrumptious treats tend to linger in one’s thoughts for a lifetime or until one gets to experience the occasion and embrace the memory of such iconic movies. 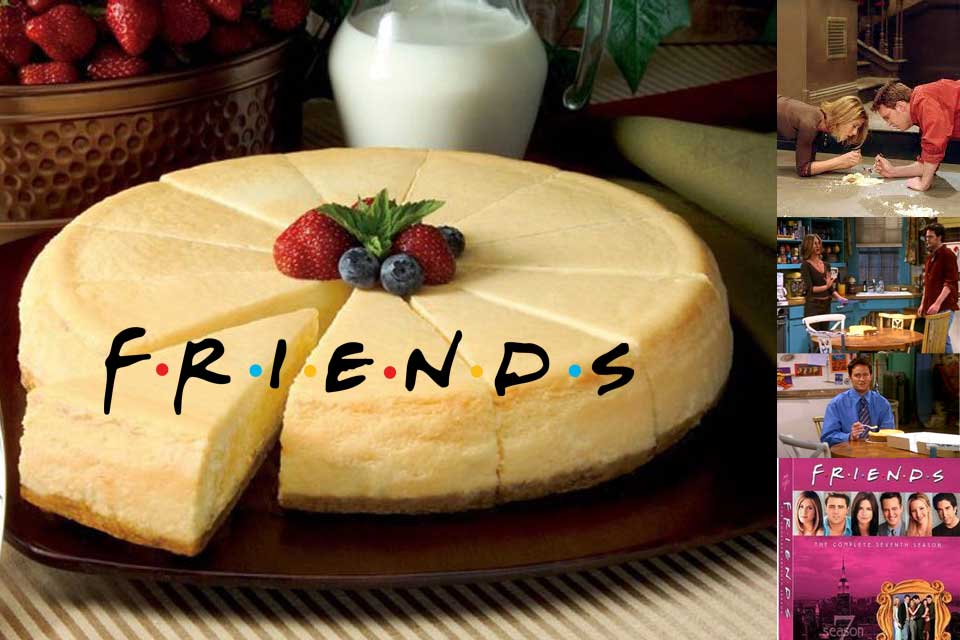 The hit TV show from the 90’s that is still vibrant and ever so popular amongst many a generation due to its star-studded cast along with Chandlers’ sarcasm coupled with Joey’s idiocy, never fails to make you laugh. Episode 11 of Season 7 marked the introduction of Mama’s Little Bakery after Chandler “accidentally” stole Ms. Braverman’s pre-ordered cheesecake and decided to dig in while also using Rachel, who had walked in on him eating, to finish the cake. The cheesecake was so legendary that it was described as having a “buttery, graham cracker crust with very rich and light cream cheese filling” and all shame was thrown out the window for Rachel and Chandler when one of them dropped the masterpiece on the ground in front of their respective apartments and still proceeded to wipe it clean of the floor, albeit slowly…. and carefully.

Check out the Cheesecake Recipe 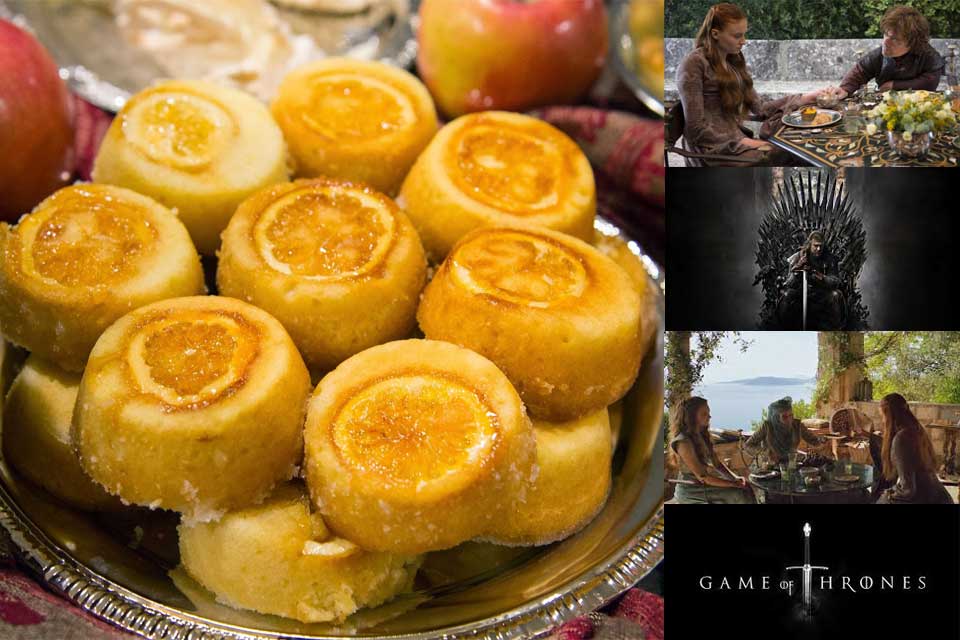 Lemon cakes are still considered a fan favorite in the modern world, but in the award-winning HBO Original, Game of Thrones, they hold a special place in Sansa Stark’s heart. Game of Throne’s Season 3 first introduced the fabled cake when Olenna and Margery Tyrell decided to share their Lemon cakes with the young Sansa whilst discussing the new king; since then, it (Lemon cake) has made numerous appearances across the show and the Seven Kingdoms, they are not only loved by the characters on the but by its loyal fans too. The Lemon cake has been described as a sweet baked dessert made using lemons and often appear to be rather small; they are also rather expensive and are mainly enjoyed by nobles in the kingdom as they happen to be a staple during social gatherings. 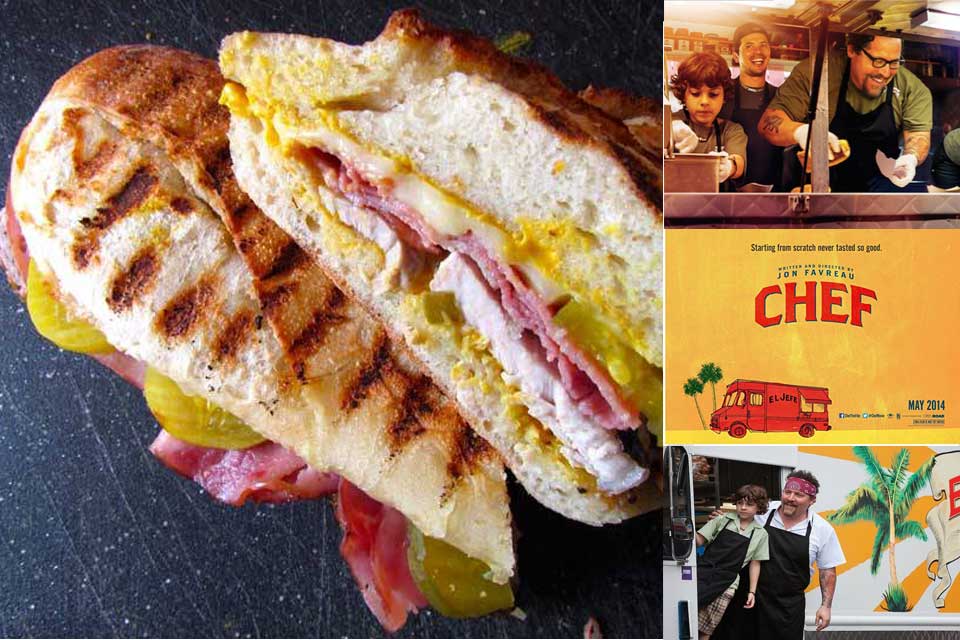 2014’s Chef offered many delightful scenes of mouth-watering food made by Jon Favreau and Co. One particular scene, however, stood out as it wasn’t only able to tantalize your taste buds, but also warm your heart.  The creation of the started off with John Leguizamo showing off his moves to some classic Italian music while preparing the for the pork shoulder and gently massaging the spices onto the slab of meat. Once taken out of the oven, Carl(Favreau) tastes a small cut of the pork with extreme satisfaction. After coming up with the idea for a sandwich, he proceeds to sculpt the with his son, starting with 2 slices of ham/pork, 2 slices of cheese, 2 baked pickles, a smear of mustard from end to end of the piece of bread and finally buttering a plancha to place the sandwich while instructing his son  to “watch for the bread to get golden, and for the cheese to melt”, after a few seconds of anticipation, the is born and split into 3 equal pieces before being enjoyed by the gang. 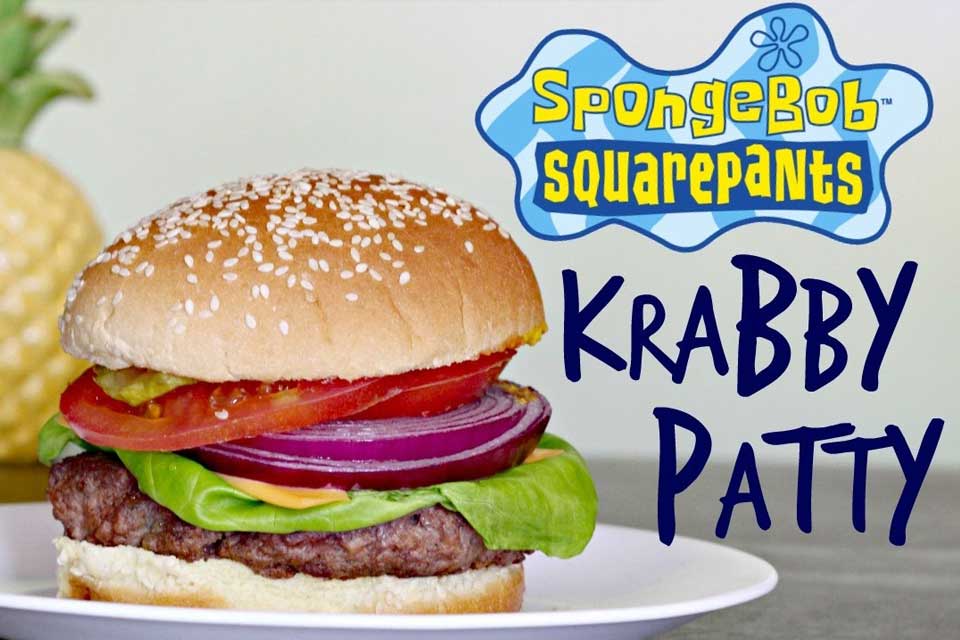 Everyone knows about our loveable sponge who lives in a pineapple under the sea and the ever so popular Krabby Patty is an icon amongst kids and adults of all ages. The sensual burger is served up at the Krusty Krab, a popular restaurant in the Bikini Bottoms which has delivered an endless supply of laughter, memories hunger. The burger itself is made up of a frozen hamburger, fresh lettuce, crunchy onions tomatoes accompanied by pickles, cheese, mustard and ketchup, a relatively simple burger amirite’?... Wrong, the Krabby patty contains a secret formula that was never revealed throughout the series and always wanted by arch nemesis Plankton. However, the Krabby Patty is regarded to be extremely unhealthy according to Squidward who called it a “heart attack on a bun” as consumption of way too many of these delights will lead to an explosion of the consumer due to obesity. Regardless, it’s hard to deny the uncanny ability to get hungry by just simply looking at one. 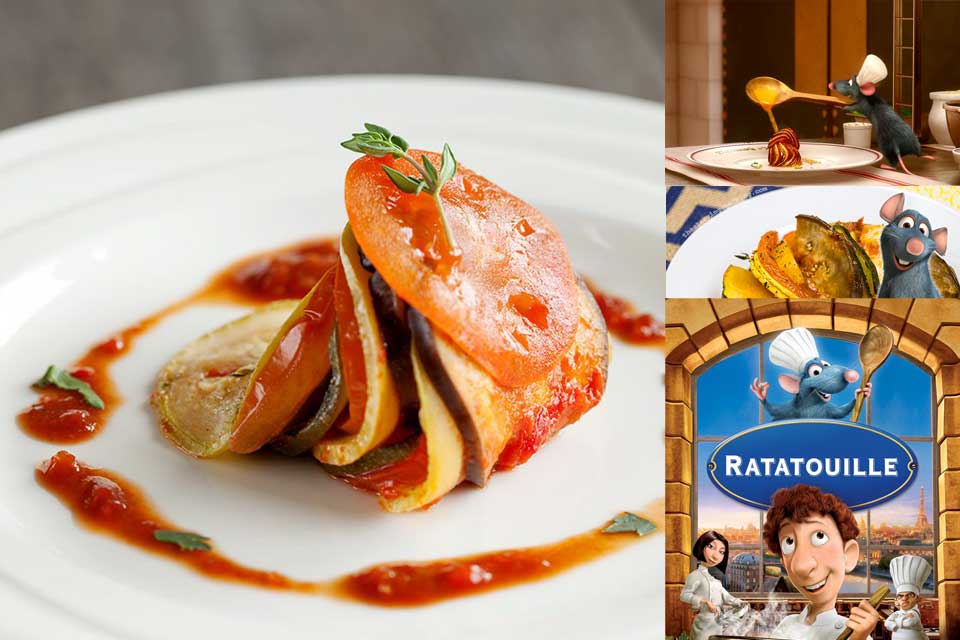 Perhaps the most hunger striking Disney movie ever made, Ratatouille delivered several iconic moments in the preparation of classic French food. Remy, a talented and aspiring young (rat) chef looking to follow his dream of becoming a gourmet chef like Chef Auguste Gusteau, decided to impress the renowned food critic Anton Ego with a simple yet delicious dish made with assistance from his rat clan. Luckily, the dish triggered a sense of nostalgia to his past and he wound up loving the meal, unbeknownst to him (at the time) that it was made by a rat. The preparation of this dish sparked an uncontrollable rumble in the audience’s bellies that no amount of movie popcorn could satiate and the absolute urge to eat Remy’s signature dish guaranteed to bring about sentimentality was enough to leave you ravenous. Rest assured that the animators will find it a lot easier to make food at home than on a computer.