GeekHQ - Home to the Biggest Burger in Town 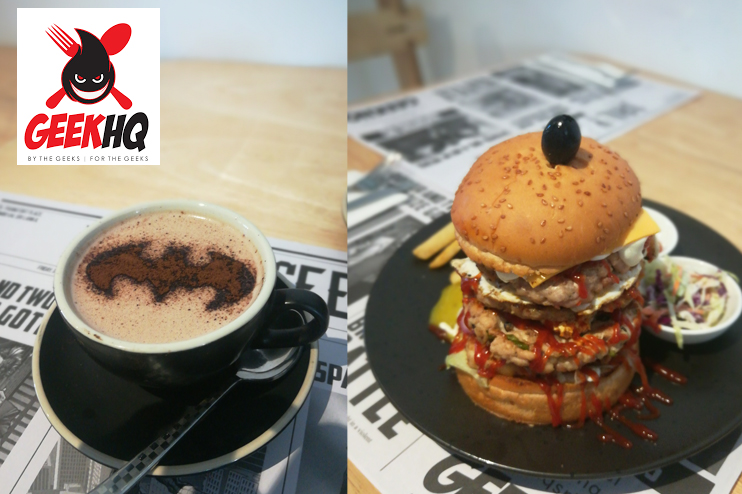 There are all kinds of Geeks out there, from comic books to movies to manga, but to have a restaurant dedicated to the geek community is truly next level. Sri Lanka is not known for its stylistically themed restaurants or its “comic-book fanboism“ but when two dedicated individuals get together with the intention of proving the general norm to be nothing more than a fallacious assumption, you get something truly special, hence the dawn of GeekHQ. 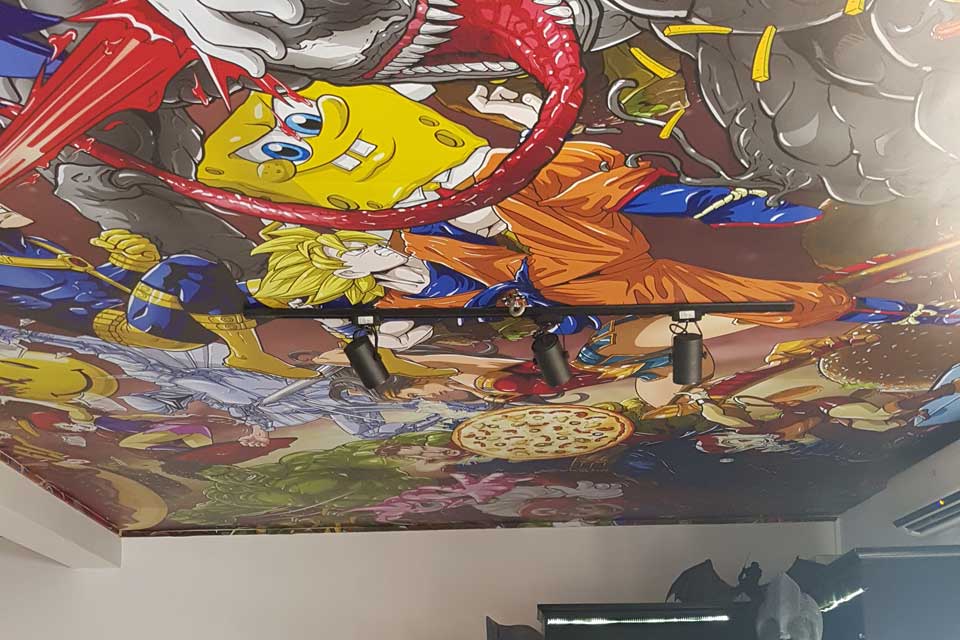 A first of its kind in Sri Lanka, GeekHQ sports an incredibly unique interior design that will either bring about a wave of nostalgia or have you fight the urge to play with their super chic action figures from various comic books and popular movie franchises all proudly on display. 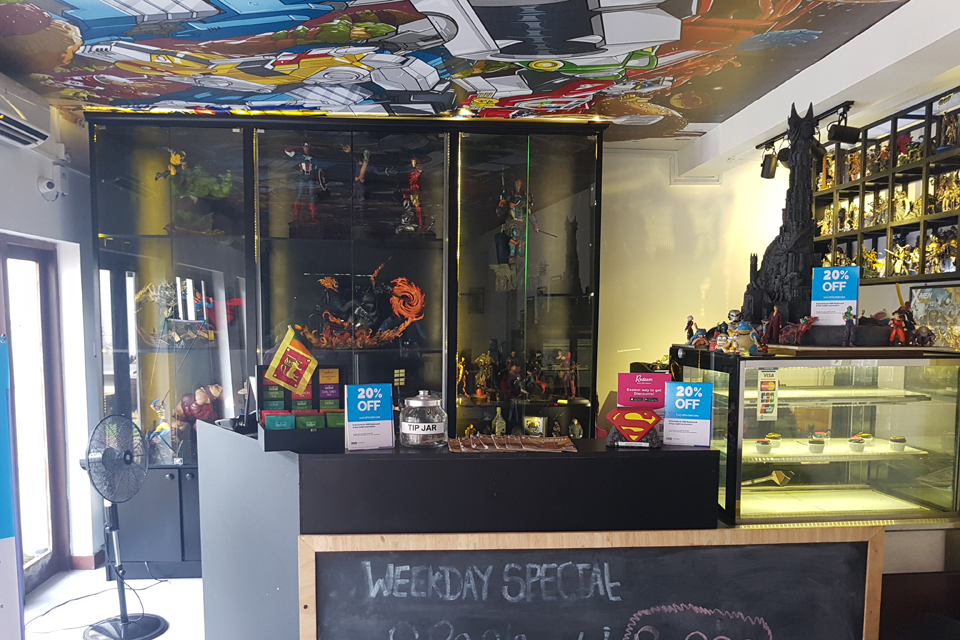 Quietly tucked away in the center of Colombo, the eatery was supposed to be cafe until that concept was dropped in favor of a geeky themed restaurant. Once inside, geeks and muggles alike can enjoy a serene atmosphere, perfectly complemented by some elegant music and most of all indulge in some mouth-watering dishes, guaranteed to satiate your hunger. 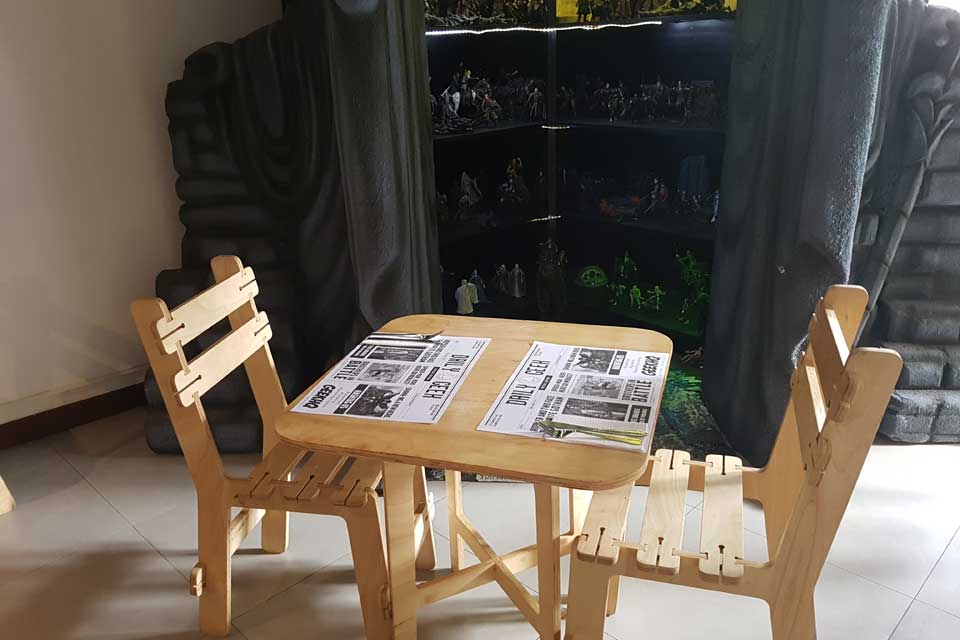 The restaurant's menu is undoubtedly unique, the idea of using old comic books as the official cover for the menu is truly ingenious, a visual glance at the cover will see that you're greeted by the Merc with a Mouth, who’s enjoyably satisfying himself with some Deadpool-ish cereal, prompting you to do the same..

The contents within the menu are filled with variety and awesome comic book slang, the appetizers start with the Bards chicken timbale, sushi from the League of Assassins, Han solo’s ham and cheese, grilled to perfection using the Millennium Falcons thrusters and the Predators chicken lollipops. 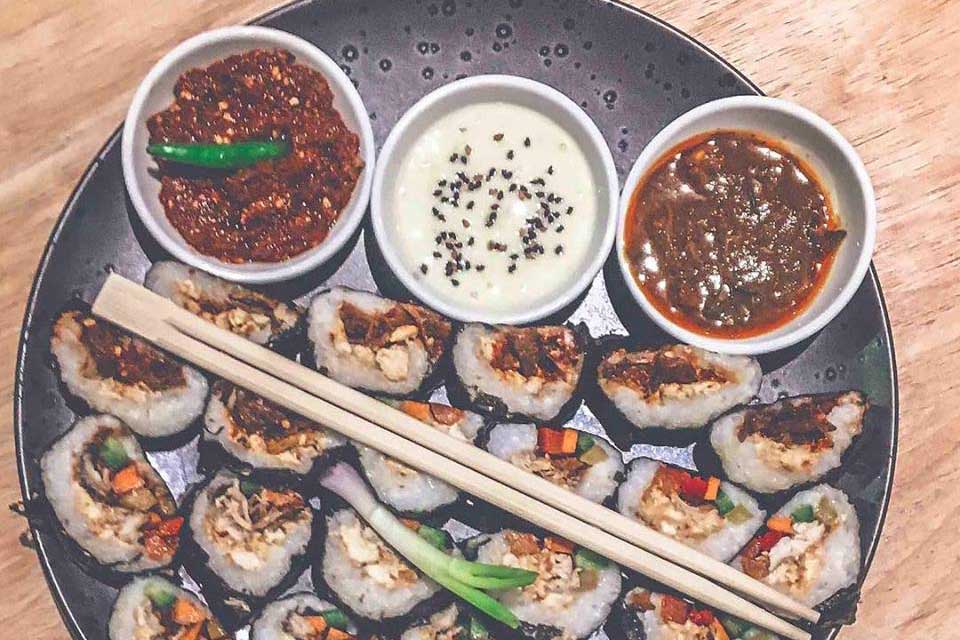 The king of the hill for GeekHQ would be there massive 4 layer burger, dubbed “It's Clobberin Time”- an iconic catchphrase from one of Marvel’s first super teams, The Fantastic Four - each of the burger’s 4 layers contains a unique flavor depending on the type of meat(chicken or beef), the patties are made in house using only lean meat to ensure quality and taste followed by layers of ham, cheese, sausage, a fried egg and lettuce topped with a soft and tender bun with a generous serving of mayo and ketchup and a side of thick potato wedges. 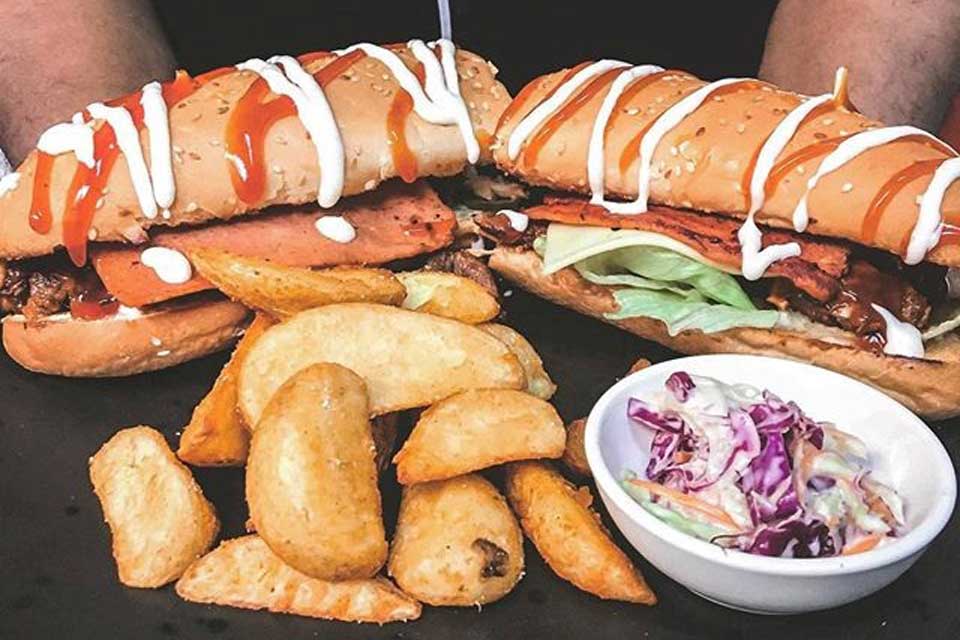 There “Chewei Sandwich” is another one of their signature dishes that is also made with the option of chicken or beef and an in house blend of a spice rub which is marinated thoroughly through the meat. The restaurant also has something in store for customers with a considerable sweet tooth such as “The Dark Knight “ which is a combination of dark chocolate ice cream and fruit n nut accompanied by a slightly burnt pancake, “The Infinity Wa-ffle”- which is a hot waffle served with butter and an infinite number of add-on’s such as peanut butter sauce, strawberries, raspberries, and 12 other unique flavors, however, the most captivating desert would be their miniature spongy cupcake that is beautifully themed with the logos from your favorite superheroes using icing. 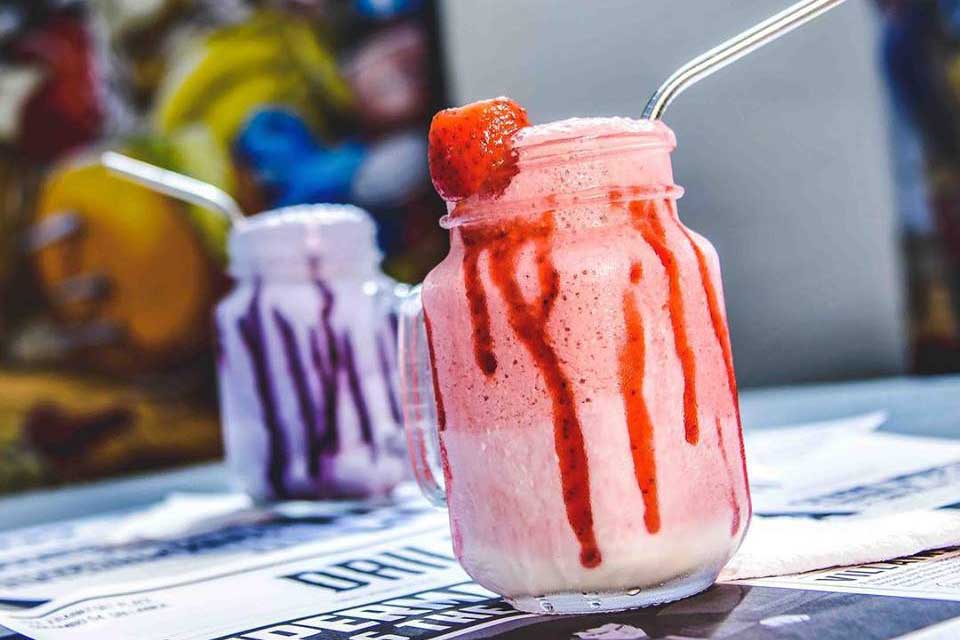 The drinks were certainly no slouch either - “The Nightcrawler” which is an Oreo shake was divine, a great combo with the “Chewei Sandwich” with its sweet Oreo flavor and slightly crunchy texture. The “Teen Titans” strawberry smoothie shared the same level of sweetness from the “Nightcrawler” but in a more subtle and non-overpowering way that some of the other cafes in the area that tend to go slightly overboard on the syrup. 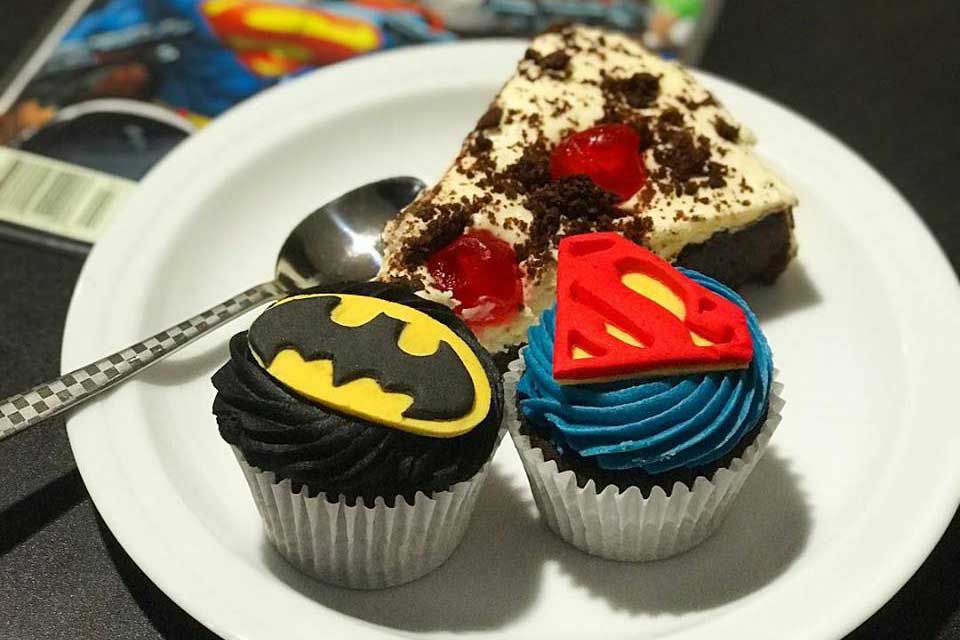 GeekHQ’s lovely setting and great food are certainly making it one of the most popular and rapidly talked about places in Colombo. After a brief conversation with Shafeeq, Director, Sri Lanka does certainly lack flashy eateries, as most restaurants simply opt in for a traditional “earthy” setting which can be rather boring or dull to the countries young audience or those looking to try something different. GeekHQ attempts to differentiate itself from the pack even further by planning on opening up a new branch outside the bustling city of Colombo to bring about a new era of themed restaurants in Sri Lanka, coupled with the rising tourism, this should bode well for the restaurants future in becoming a fan favorite in no time.